This is one of the simplest that one can try since the procedure is easy to make. If you have a pressure cooker you can use it to make this otherwise you can also make this in a pot.

This is best served with a raita or any gravy. We just had it with onion raita and I garnished with boiled eggs. 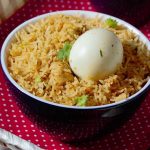 Chettinad biryani is one of the most flavorful biryanis made in South India. It is usually served with a salna or gravy dish.
Prep Time30 minutes
Cook Time25 minutes
Total Time55 minutes
Servings3 to 4
AuthorSwasthi

To make a paste 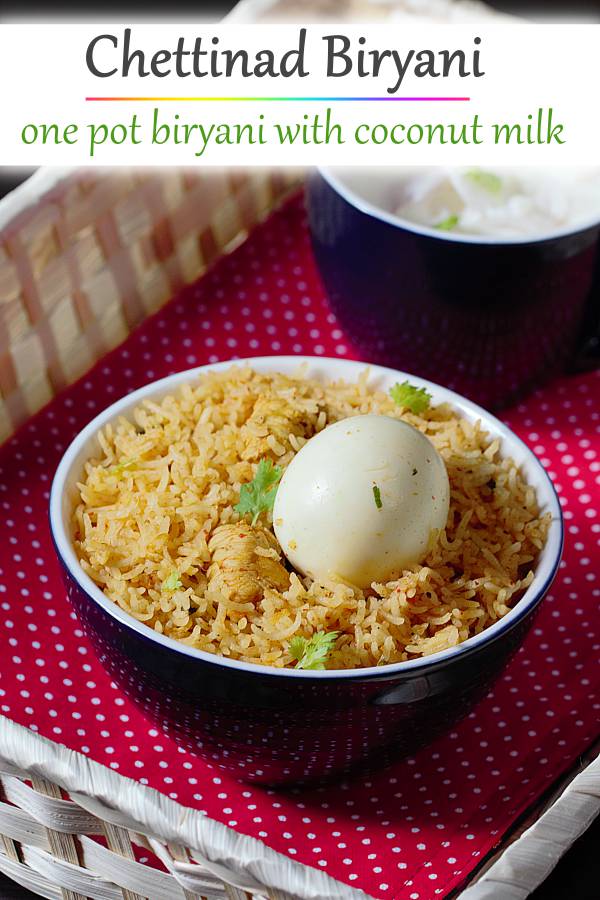