Today’s markets are flooded with ready made powders and masalas that many buy them instead of preparing at home.

But making biryani masala powder at home is very easy. The aroma of fresh homemade spice powder is always superior to the store bought ones. It can be prepared in bulk and freezed. It lasts for an year, if packed in separate containers or foils and handled with moist free spoons and hands.

For years i had been hunting for a good homemade biryani masala powder recipe that is suitable for home cooking that is not very pungent nor very spicy but should have a good and moderate aroma of spices. This recipe has been updated overtime for making it better.

The original recipe that many of my blogger friends have tried from my blog is still the same except that I have added new ingredients to make it the best. To reduce your dish from becoming pungent, use in moderate quantities.

To retain the aroma of the biryani masala powder, make small packs of the powder using foil or freezer safe jars and freeze them. Open and use them one after the other when you need it. You can even mill the ingredients which is often the best. Please stick on to the quantity of ingredients mentioned for best results. 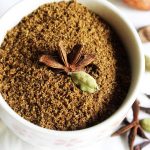 How to make biryani masala

1. Dry roast the spices one after the other on a low flame to prevent burning them. You could sun dry too instead of roasting or you could totally skip the process of roasting as i sometimes do and i find no difference.

2. Cool the spices and powder in a blender or you can mill it, sieve and store in an airtight jar. I powder the left over again and sieve, repeating the process thrice.

An image of kalpaasi, stone flower called as dagad phool in hyderabadi langauge. This is my latest addition to the biryani masala powder. Do not skip this if you intend to use it for chicken recipes.

Biryani masala can also be stored in refrigerator. 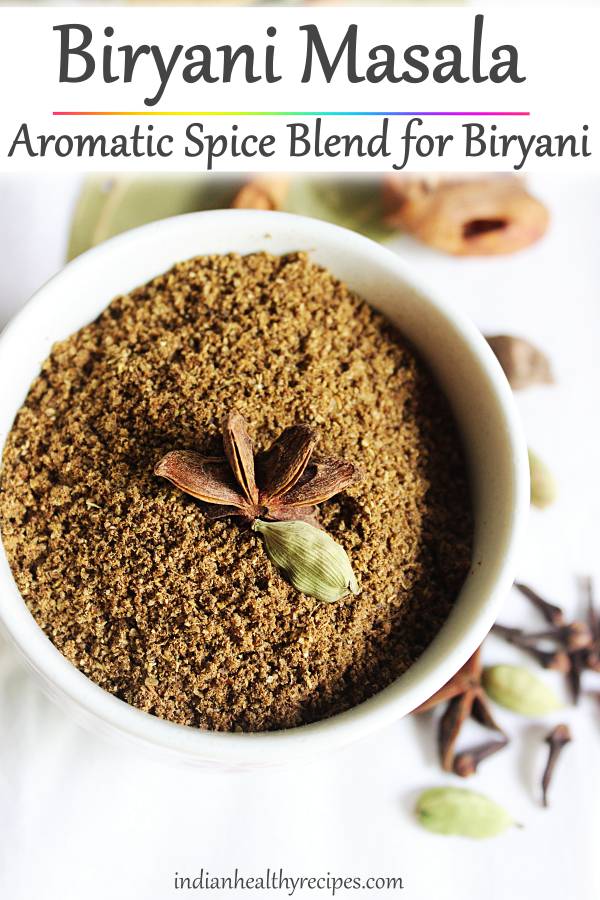