Jhal muri is a popular street food that is very popular in west bengal, orissa and Bangladesh. Though it originated in the region of Bengal it is enjoyed across India. Jhal means spicy and muri is puffed rice. Jhal muri is a spicy puffed rice snack that is loved by everyone. Bhel puri & churumuri are 2 other popular variations of Jhalmuri.

Puffed rice is known by different names in India. Muri, murmura, maramara, pori and kurmura are some of the names. It is a grain that is made by puffing rice. It is mostly used to make snack foods.

1. Wash and chop onions, tomatoes, cucumber and green chilies as well. If you have kids at home, skip green chilies.

2. Chop the boiled potato to small cubes. I cubed the potato first. Then boiled in a pan with some water. The potatoes must be cooked but firm. Do not make them mushy.

3. Also add in chili powder, salt, red chilli powder and muri masala. If you do not have muri masala, then add roasted cumin powder and chaat masala.

4. Next squeeze in lemon juice as needed.

How to make jhal muri

7. Give all these a good mix. Taste it and add spice powders if you prefer more.

9. Pour crisp puffed rice as well. Make sure they are crisp otherwise muri will turn chewy. You can roast them for few minutes to crisp them before adding here.

10. Mix up well. You can add in more puffed rice if it turns moist.

11. Finally add in chananchur or sev. 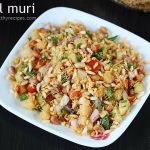 How to make jhal muri

Chanachur is a bengali style farsan or mixture. Use any crunchies you have in hand. Muri masala is a spice powder used to make jhal muri. It usually consists of coriander, amchur, cumin, rock salt, pepper etc. If you don’t have just replace with cumin powder and chaat masala 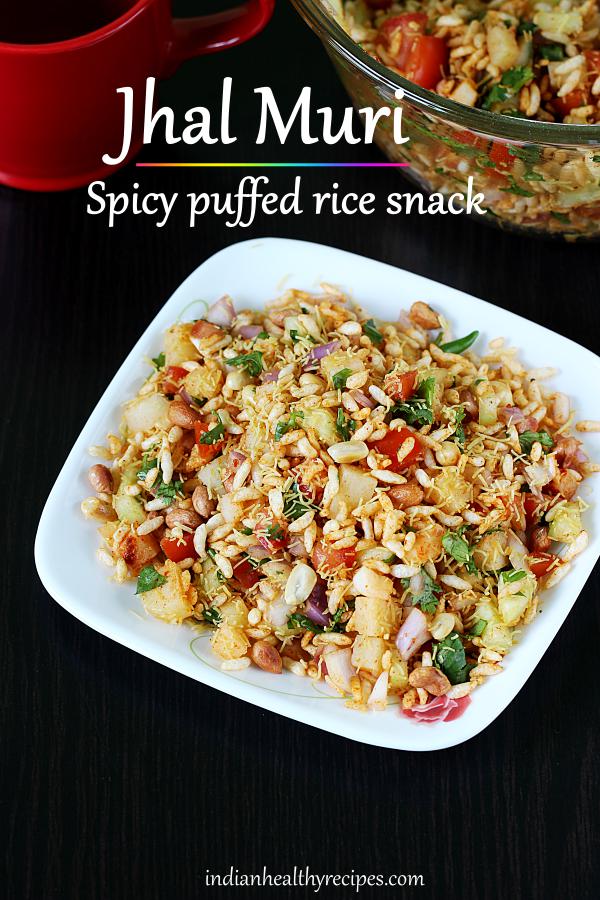