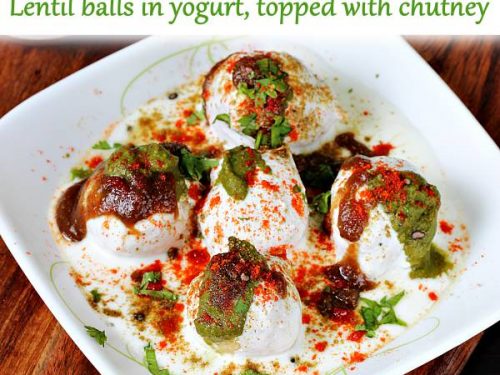 Dahi vada recipe – A complete step by step photo and video guide to make soft, melt-in-the-mouth Dahi vada at home. Also known as dahi balla, these are deep fried lentil fritters dunked in creamy yogurt, topped with different kinds of sweet spicy chutneys and then garnished with spice powders. It is one of the Read More 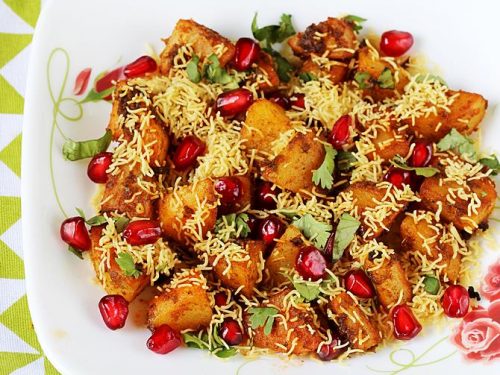 Pav bhaji recipe with video & step by step photos – A delicious blend of mix veggies cooked in butter & spices, served with soft butter tasted buns. Pav is an Indian bread and bhaji is mashed vegetables cooked with spice powder. This post will guide you to make the easiest & best pav bhaji Read More 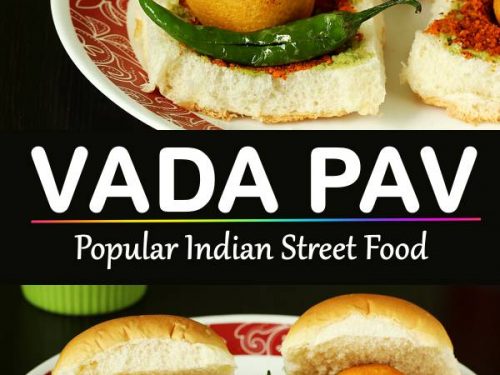 Vada pav recipe with video and step by step photos – Vada pav is a popular street food from India. It originated in the streets of Mumbai as a fast food that was cheap and affordable even by a common man. To make vada pav, batata vada is sandwiched in Indian bun which is known Read More 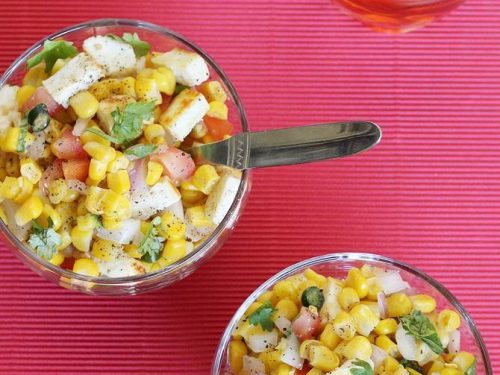 Corn chaat made with sweet corn, chaat masala, onions, tomatoes and few other pantry staples. This simple and quick chaat is not only easy to make but also tastes delicious. Sweet corn is a versatile ingredient and can be transformed to so many yummy dishes. This chaat is great to enjoy as a evening snack Read More 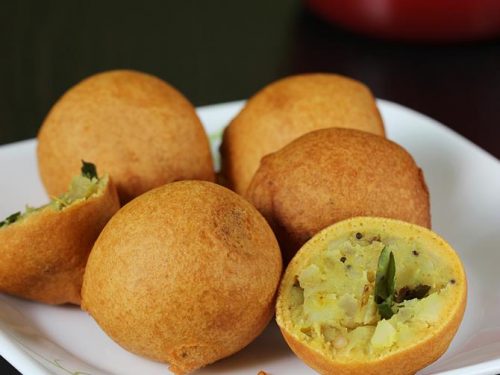 Aloo bonda recipe or potato bonda is a popular South Indian snack and a street food. Aloo translates to potato and bonda to a ball shaped fritter. So aloo bonda literally translates to bondas that are stuffed with potatoes. These are a South Indian version of the popular Maharashtrian snack Batata vada. Aloo bonda are Read More 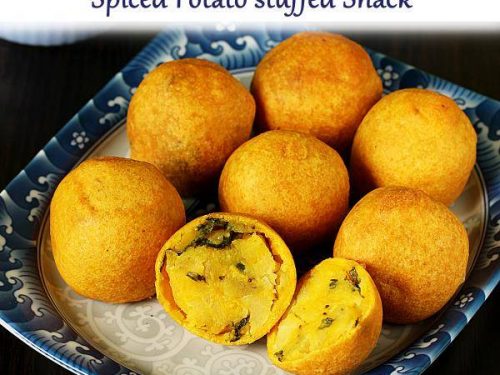 Batata vada is a popular potato snack recipe from Maharashtrian cuisine. These are a popular street food not only in Mumbai but across India. Batata translates to potato and vada to fried dumplings. In short batata vada are potato vada made by dunking spiced potato balls in gram flour batter and deep fried. These are Read More 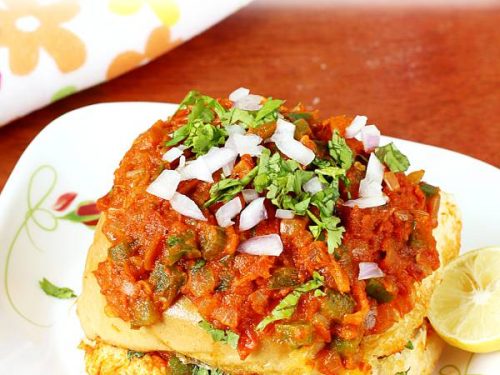 Masala pav is a delicious popular Indian street food made with butter toasted buns & a spicy onion tomato masala. “Pav” is the Indian name for dinner rolls or buns. These are topped with a generous amount of the masala and then garnished with coriander leaves & chopped onions. Street foods are immensely popular in Read More 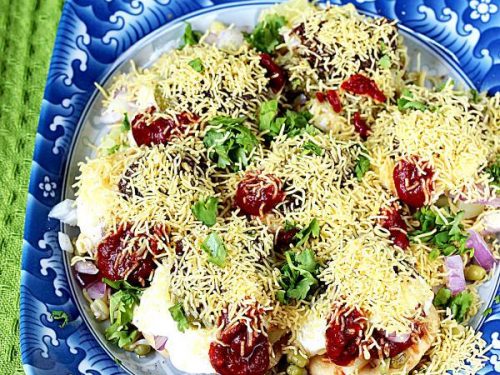 Papdi chaat recipe – Papdi or papri are small flat crisp fried discs / pooris made of plain flour or whole wheat flour. Chaat is a snack with a melange of different tastes. A chaat tastes sweet, sour and hot that comes from the various chutneys and spice powders used. Papdi chaat is one of Read More 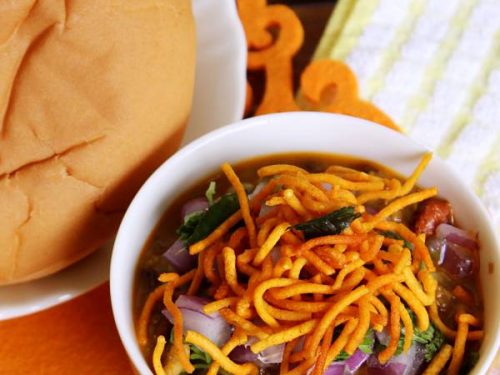 Misal pav recipe – Misal pav is one of the popular Maharashtrian Breakfast, Brunch & Snack. It is also one of the most commonly eaten street foods of mumbai like vada pav, pav bhaji, batata vada & bhel puri. Misal is a spicy side dish often made with sprouted moth beans/ matki or mixed sprouts. Read More 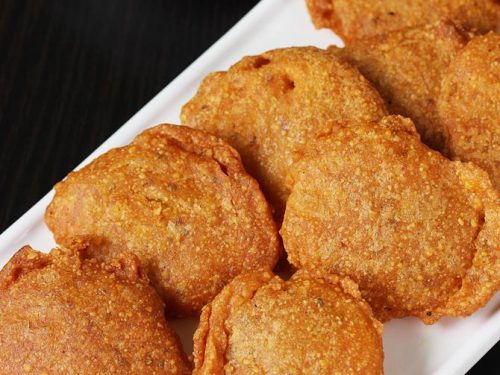 Aloo parkora is a popular Indian tea time snack made with Potatoes , spices and gram flour. These are made across India and are also known as aloo bajji towards the South. Aloo pakora is made much the similar as any other pakora. Though not very popular, these are made in many homes especially during Read More 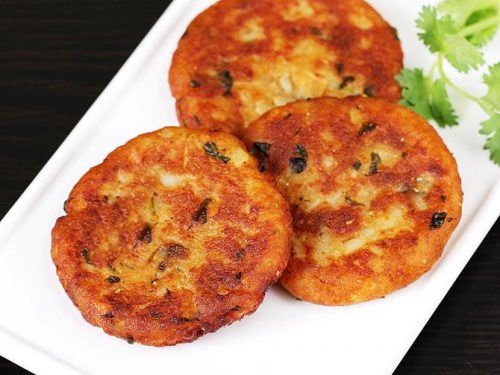 These samosas make for a great Tea-time evening snack. They are usually served with a green chutney & can also be used to make a chaat. These are made by stuffing spiced potatoes in a pastry. Check out this popular snack recipe to make awesome samosas at home. 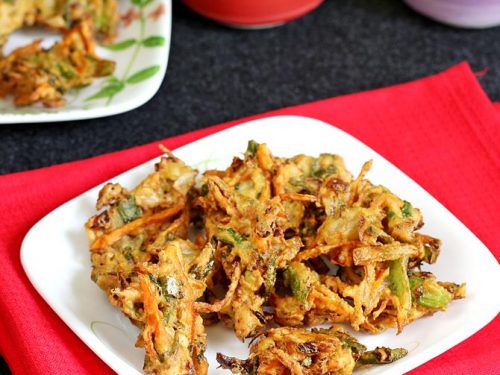 Veg pakora recipe – Pakora are a delicious Indian crisp fried snack made with gram flour, spices & any main ingredient like onion, paneer or veggies. These vegetable pakora are a variation of the onion pakoda & are super quick to make anytime. These deep fried snack taste delicious & are extremely addictive with a Read More 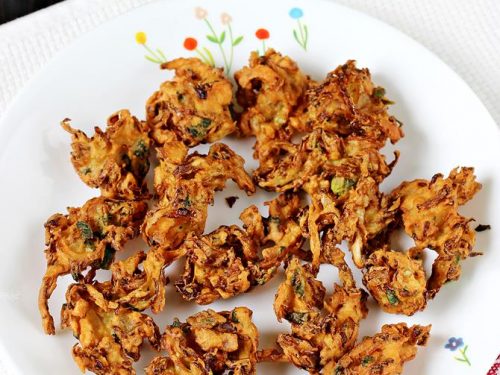 Cabbage pakoda recipe – South Indian style crunchy cabbage pakora recipe. If you love the flavor of fried cabbage, then you will surely love these. Stir fired cabbage & Fried cabbage has one of the most delectable flavor so I often use it in my veg manchurian, cabbage omelet, mixed veg pakora, cabbage kofta, fried Read More 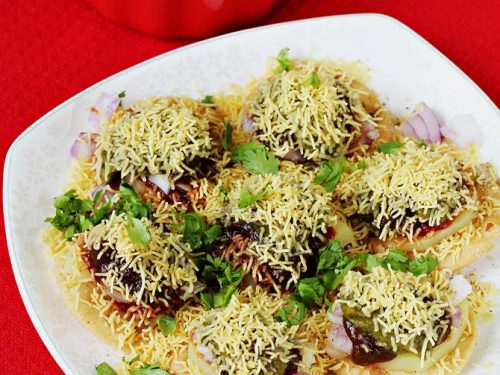 Sev puri recipe with video and step by step photos- Simple and delicious chaat recipe. Sev puri is yet another street food popular across India. These delicious bites are made by assembling papdis/puris, boiled potatoes, onions and chutneys. Topped with sev and chaat masala this is one of the most delicious snacks loved by all Read More 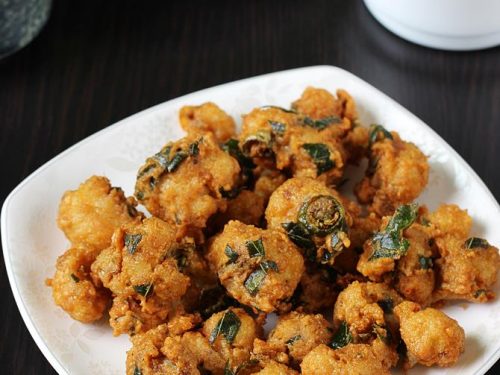 Cauliflower pakoda or gobi pakora recipe – Crunchy and delicious pakoda that I happened to make recently for a evening snack on a weekend. Made in South Indian style, these are very flavorful and the entire house fills with an exciting aroma. These are best served hot with a cup of masala chai as they Read More 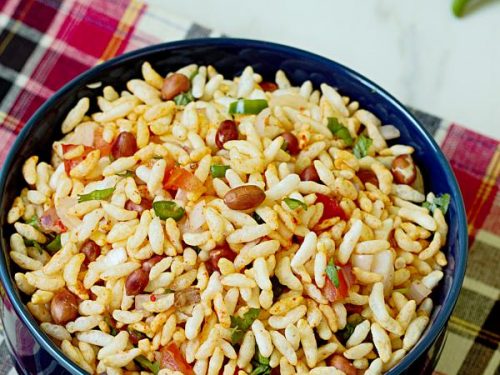 Churumuri recipe – Churumuri or masala mandakki is a popular puffed rice snack in our parts of Karnataka. It is also a street food and is most commonly eaten for as a Evening Snack. There are many puffed rice snacks made across India with so many different variations. Jhal muri & bhel puri are the Read More