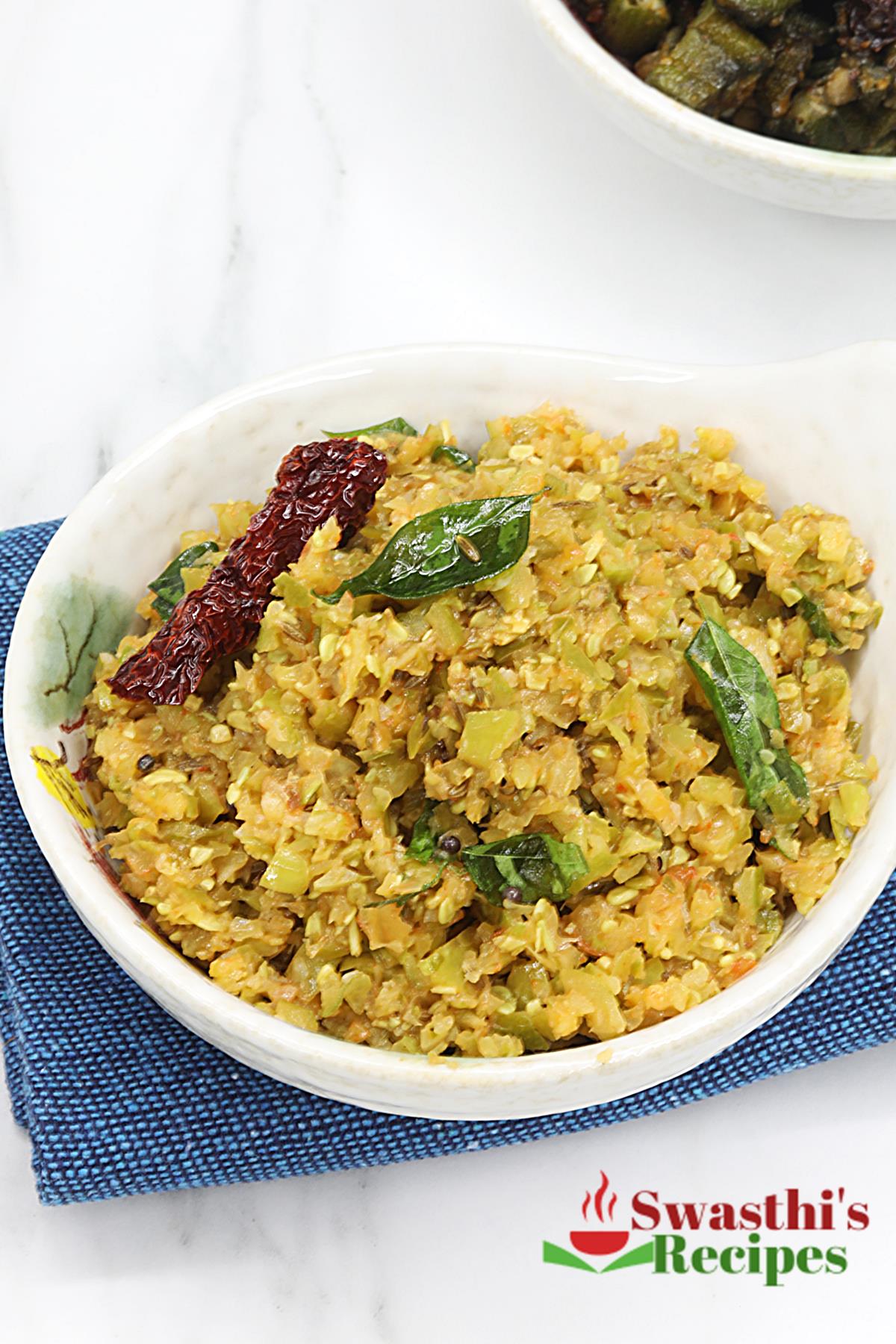 Dondakaya Pachadi also known as dondakaya chutney is a spicy chutney variety made with tindora, ivy gourd, spices and curry leaves. This Andhra style Tindora chutney goes well, mixed with steamed rice and ghee. It can also be eaten as a side in a Indian meal, with roti, dosa or any flatbreads of choice. Dondakaya is the Telugu name for the veggie ivy gourd. It is also known as tindora or tendli in other Indian languages.

Ivy gourd is commonly used in Indian cuisine to make various dishes like stir fry, curry or chutney. This veggie is believed to be good for digestion and keeps stomach gases suppressed.

We usually make a simple dondakaya vepudu or this dondakaya curry to go with plain rice and ghee. This dondakaya pachadi is another dish that I make when I am left with some ivy gourds.

There are not many different ways to make this pachadi. It is almost the same in most households. First ivy gourd are chopped and then sauteed in oil until slightly tender and the raw smell disappears.

Then green chilies are also fried until they blister. Chana dal and urad dal are fried to golden and aromatic. Later all of these ingredients are cooled and crushed with tamarind and garlic.

Traditionally dondakaya pachadi was made in a motar pestle but in the modern days most women just pulse or blend in mixer grinder.

To get the same texture as that of the mortar pestle, I just run the entire mixture in a onion chopper.

I love making variations to our foods. The second picture is with some mint leaves which tasted awesome. If you are trying to include greens in your diet, then just add a few pudina or mint in the chutney.

It not only turns flavorful but is also delicious.

This is an updated recipe, years ago i used to make this dondakaya pachadi using only chana dal and urad dal without peanuts, but my recent addition has been peanuts and it adds a good taste. 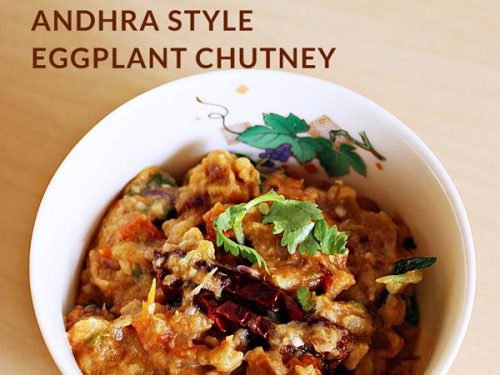 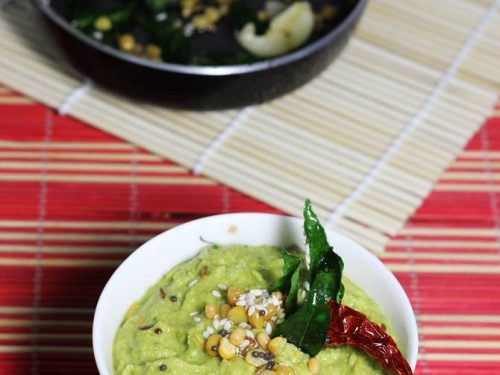 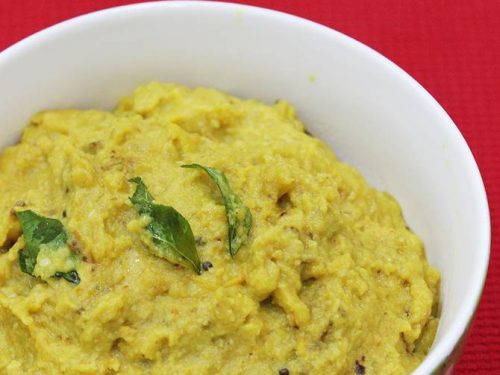 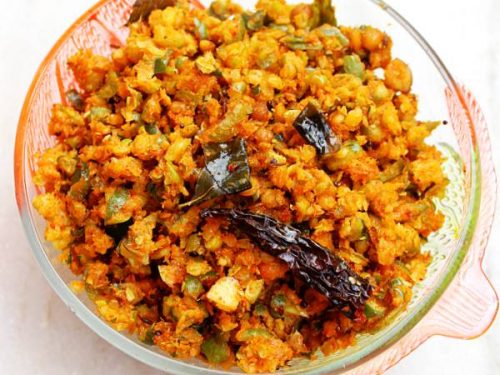 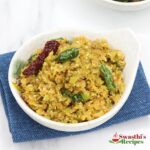 Dondakaya Pachadi is a spicy, hot and tangy chutney variety made with ivy gourd, spices, chilies and herbs. It is eaten with rice or with chapati.
Pin Recipe Print Recipe
Prevent your screen from going dark

How to Make Dondakaya Pachadi

It is tastey. I used combination of redchili & green chili, added turmeric. It is colorful too.

Thanks Jhansi. Will try with red chilli next time

a different combo.. well made..

Hi sir , I made Dondakaya pachadi .. it’s so tasty .. thank you very much for your help . Pradeep