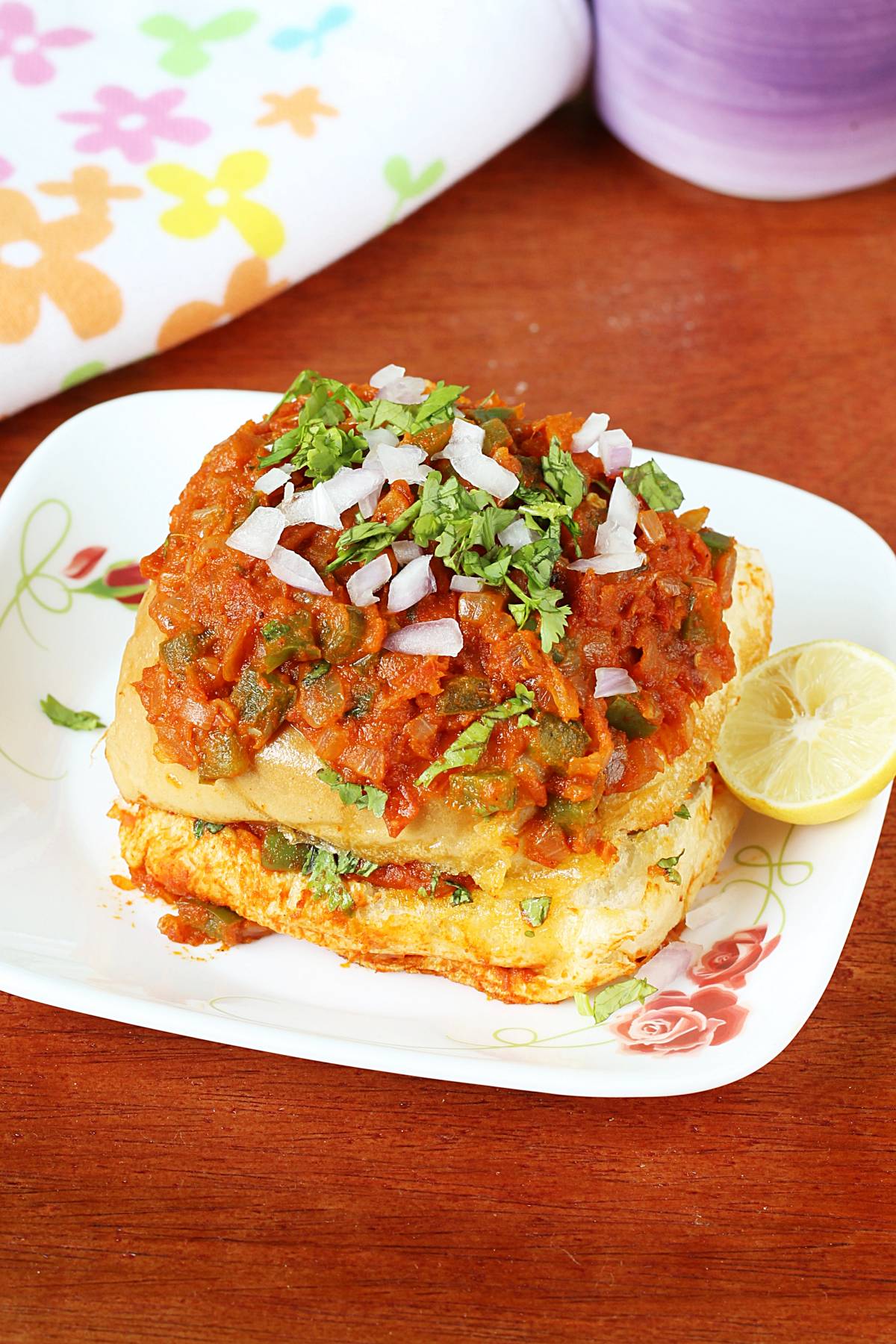 Masala Pav is a delicious popular Indian street food made with butter toasted buns & a spicy onion tomato masala. “Pav” is the Indian name for dinner rolls or buns. Masala pav are nothing but toasted pav buns topped with a generous amount of the masala, garnished with coriander leaves & chopped onions. Street foods are immensely popular in India and a larger population enjoys them often.

Pav bhaji, Vada pav, misal pav and masala pav are some of the foods made with Indian dinner rolls. Each of one of these are so much flavorful, delicious and easy to make at home.

For hygiene reasons, these are best prepared at home. I prefer to make all of these at home as my kids keep asking.

Making masala pav is the easiest of all these and just takes about 20 to 25 mins. Since these don’t need any chaat chutneys, they can be made instantly without any planning.

These are good to enjoy as a evening snack or brunch with some side dishes. I made these masala pav sometime ago on a weekend for our brunch along with dahi vada and Sev puri.

1. Heat butter on a pan or tawa. Then add onions and green chilies. Fry the onions until golden. Then ginger garlic paste and fry until it smells good.

3. Then add capsicum and saute for a few minutes.

6. Then move it aside on the pan. Slit the pav. Spread little butter over the slit pav. Fry them until crisp and golden.

7. Then spread the masala on the pav. Place the other slice of pav over it. Top it with the prepared masala. 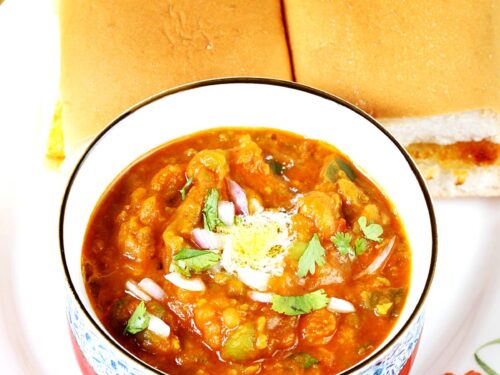 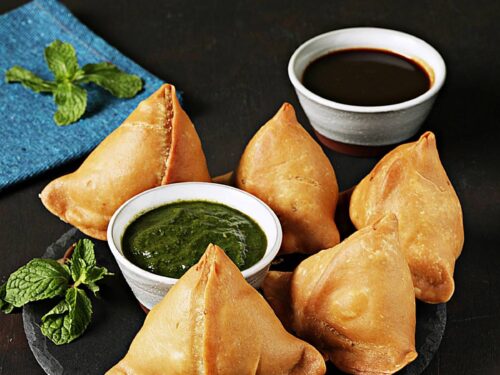 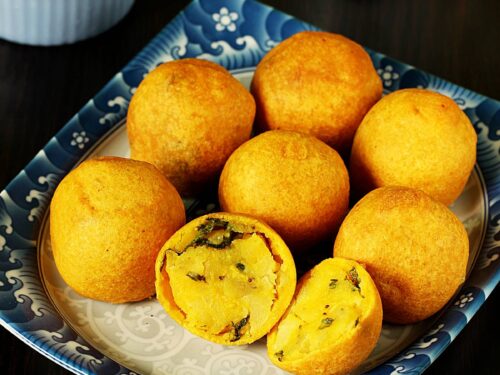 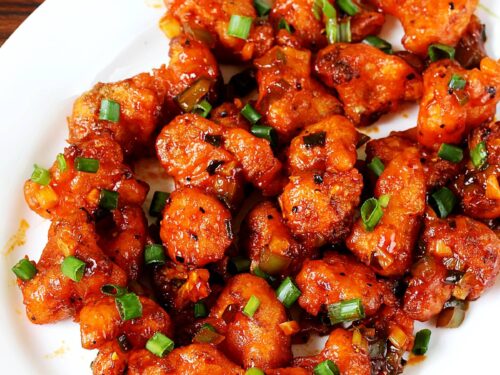 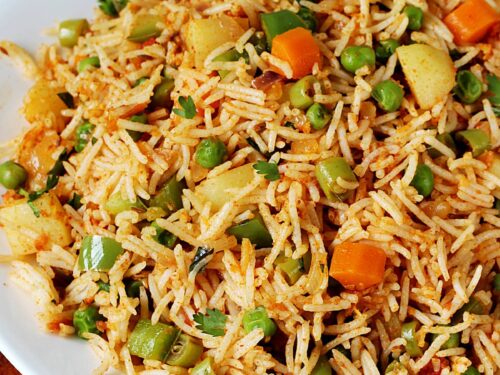 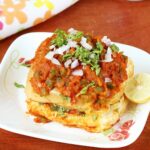 Butter toasted pav buns topped with spicy onion tomato masala are a great delicious and popular street food from India. Make these at home and enjoy with your family!!
Pin Recipe Print Recipe
Prevent your screen from going dark

How to Make Masala Pav

Yes you can use. But chapati won’t hold the masala as pav does. So you can serve the masala with pav

Hi Simran,
You can check the recipe of veg pizza post but bake it on tawa.