Homemade Apple Tea is a refreshing, soothing & comforting drink that’s nothing like the one you get in those cartons. Make it from scratch under 10 minutes, it’s worth both for flavor and taste!! Tea is a staple around the world and has been enjoyed for a millennia. It’s a versatile drink and is made in numerous flavors. Apple tea is one of the greatest drinks that originated in Turkey. This recipe will help you make the best refreshing apple tea at home, using nothing more than pantry staples and of course fresh apples!!

If you love experimenting with different teas then you are more likely to love this drink. This warming and delicious apple tea is very versatile and can also be infused with different spices and herbs. Each of these add its own flavor & aroma that also comes with unique health benefits.

Like Indians, people of Turkey love drinking tea at all times of the day. However, unlike in India, where tea is often boiled, the Turks have an infusion way of making the tea and use one teapot on top of the other. It is a modern take on the old samovar.

The lower kettle is used for boiling the water and the upper one is used for making concentrated tea. The water is not boiled for too long and once the tea leaves are put in it, the heat is reduced to a minimum for the tea to steep well. The tea concentration from the upper pot is diluted with water from the lower one till the desired strength is reached.

Turkish apple tea is actually made with dried apples following the similar steeping method. It is now also available as an instant tea in that part of the world and other places where it is exported. It is a variation that is much loved by tourists there.

However, instead of using the instant tea, you can make your apple tea, using your favorite tea leaves and fresh seasonal apples, adding other ingredients to make it even more delicious and refreshing.

What Goes into Apple Cinnamon Tea?

Tea leaves or bag or powder: You can use any of your favorite tea leaves in this recipe. Don’t like normal tea leaves? You can use green tea instead. You can even use tea-bags, if you want a no-fuss method. On occasions I have also made this with tea bags. You can also add more or less tea depending on how strong you want it to be.

Apples: Use apples that are in season and yield the most flavors. Sometimes I make this to use up the apples that have been in the fridge for long as they no more taste good to chew on. So use what you have on hand, though fresh and sweet apples are best.

Ginger is best used fresh. Tea with ginger is very popular for its warming properties. The sweetness in the apples balance the sharp taste of ginger. If you don’t have fresh ginger, you may add a pinch of dry ginger powder for health benefits but the flavor and spice factor is higher with it.

Cinnamon: Cinnamon is not only a sweet and warming spice, but it also has a strong smell and pleasant taste. While Ceylon cinnamon is purer and has milder and sweeter flavor, you can also use cassia cinnamon if you want. Cinnamon goes particularly well with apples as a combination, each complementing the other in terms of flavor and taste.

It has many medicinal properties and it is anti-bacterial, anti-fungal and anti- viral so boosts immunity and fights many infections. It may balance blood sugar levels, may reduce blood pressure and helps with digestion.

Lemon juice: Lemon is high in Vitamin C and boosts immunity so you may add that once the temperature of the apple tea comes down. It’s tangy, fresh and citrusy flavors will enhance the flavor of your apple tea.

Sweetener: If your apples are sweet enough you really don’t need to add any sweetener. But Honey can be added for antioxidant properties. If down with cold or flu like symptoms I prefer to use Manuka honey.

Black pepper can also be used in crushed form to add some heat to the apple tea. Additionally its warming qualities make it a good tonic to have in winter and in monsoon.

When you combine all these ingredients in a delicious apple tea, you can relish the taste of this amazing beverage and also get so many health benefits.

Adding cinnamon, pepper, lemon juice and honey are optional buy you not only enjoy the taste of the tea, but also get numerous health benefits from them.

While it is best made and had fresh, you can refrigerate and reheat it before having, in case you make it in a larger quantity. 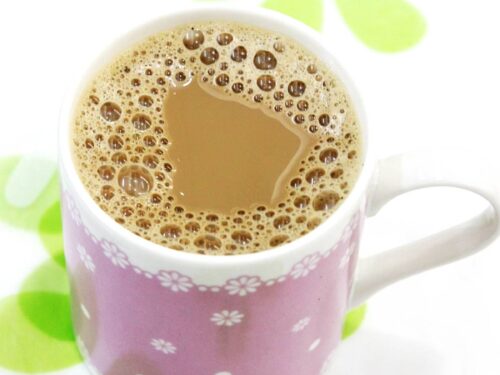 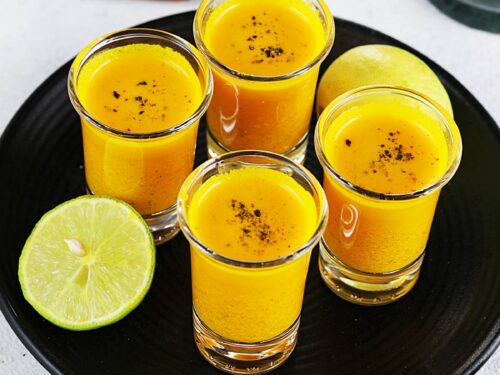 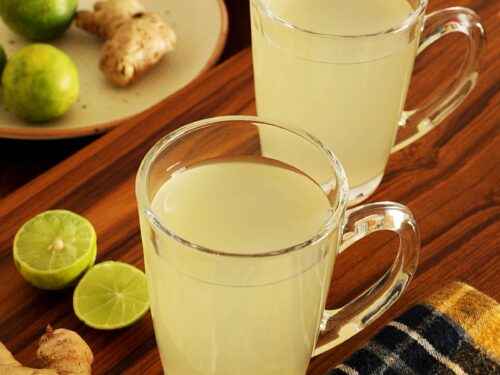 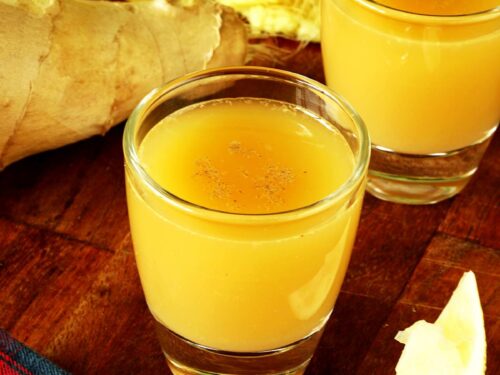 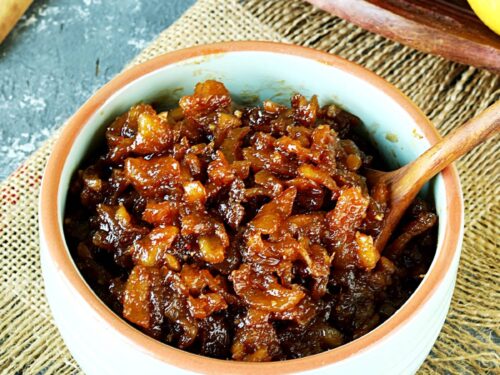 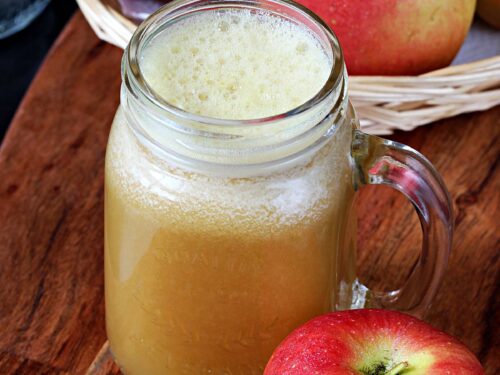 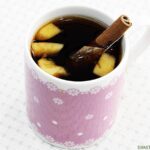 Homemade Apple Tea is a refreshing, soothing & comforting drink that’s nothing like the one you get in those cartons. Make it from scratch under 10 minutes, it’s worth both for flavor and taste!!
Pin Recipe Print Recipe
Prevent your screen from going dark

How to Make Apple Tea

Thanks and it’s delicious

I’m going to try this as I have never had it before but what’s the honey thing? Don’t add to hot tea? Curious why.

Hi CJ,
According to ayurveda honey becomes toxic when heated or when combined with anything hot. So it is ideal to cool down and then mix it.

It is a common belief, but honey does not become toxic or harmful when heated. Some of the enzymes are destroyed, so the nutrition is altered. But it can not hurt you.

Thank you so much for the apple tea recipe. We used to drink this delicious drink during our Turkey tour 2 weeks back and was eager to know about the drink. Now I will be able to drink it at home only!!! So thanx again.

Welcome Susmita
Thank you so much. Hope you will enjoy the apple tea.

Thank you so much for the Apple cinnamon tea recipe. It’s delicious

I am a green tea lover and always prefer adding mint leaves and occasionally add black pepper & cinnamon powder but this apple cinnamon was totally different!

I will surely try this as the weather here is chilly these days….

Purely exotic and drool worthy drink..The color makes me die for it !

love to try this way to warm up the winter.

So wonderful and refreshing tea! Thanks for sharing….

Interesting!! would love to try 🙂

Refreshing and perfect for the weather!!

So refreshing. Wow. Bookmarked. I do not drink tea but I want to try this. <br />Thanks for sharing.