Bread masala or masala bread recipe – A simple, quick and yummy snack made with bread and onion tomato masala. This is made similar to the South Indian Bread upma but with a different tempering. Bread upma is made with a typical South Indian tempering that uses curry leaves, chana dal and urad dal.

This bread masala is different in flavor since masala powder is used here.

This makes for a good evening snack during the monsoons. I made this sometime ago to use up the surplus bread.

I have used regular bread slices. You can also use pav buns, french baguette or kind of bread.

I have used pav bhaji masala and garam masala to spice up the dish. However you can use any one of them. We love this with some chaat masala, chopped onions and coriander leaves sprinkled over it. 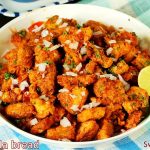 How to make masala bread

2. When they begin to sizzle, add in the chopped chilies and onions.

4. Saute until the raw smell goes off.

7. Cook until the masala leaves the pan.

8. Pour 3 tbsp of water and cook further until the water evaporates.

10. At this stage make sure there is no water and the mixture is thick.

11. Transfer the bread. Turn off the stove.

Serve masala bread immediately with some chaat masala and onions sprinkled over. 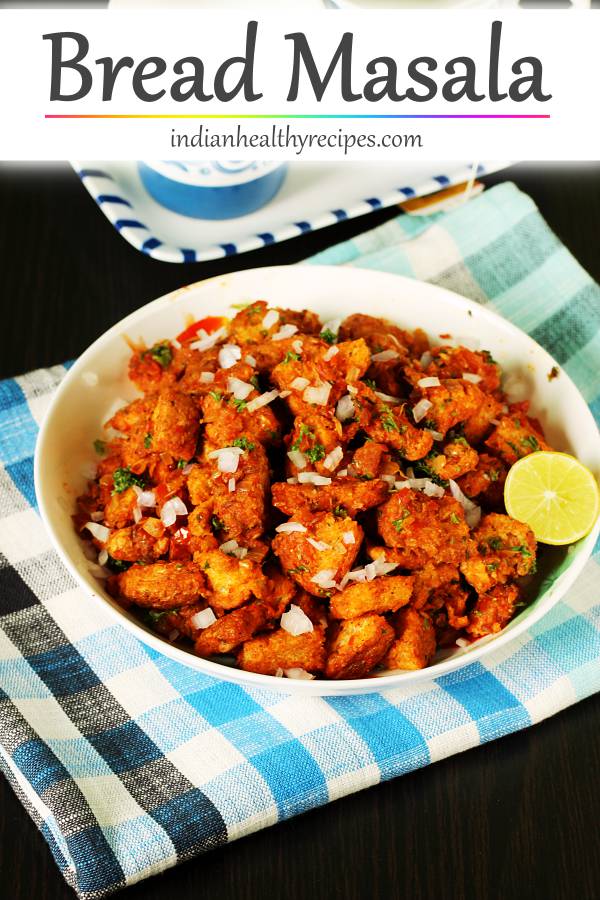