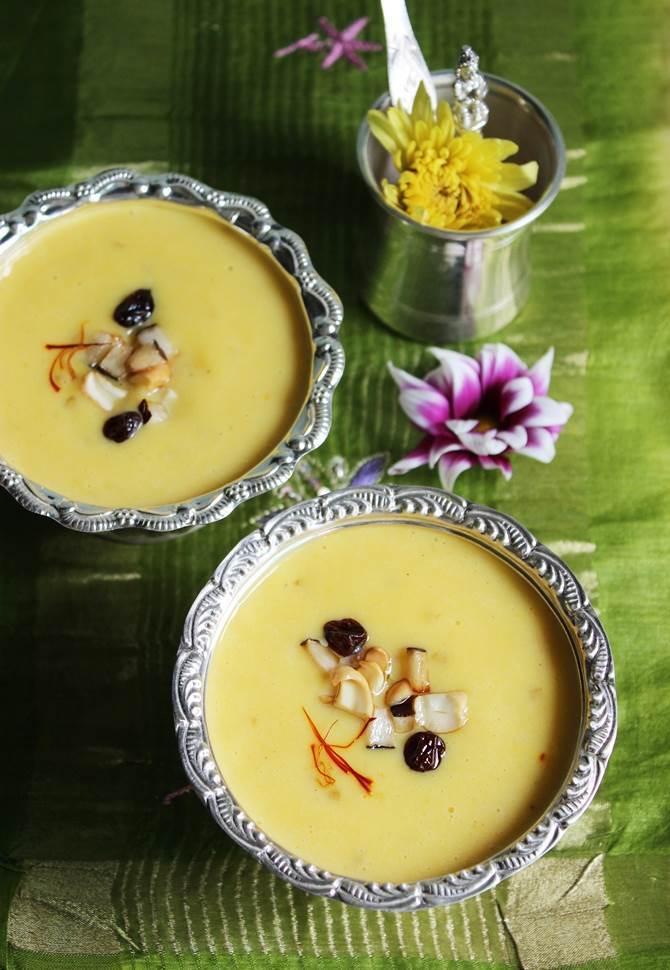 Kaddu Ki Kheer aka Pumpkin Kheer is a dessert made with golden pumpkin. In most parts of India, Pumpkin is a symbol of festivity, these are used during various pooja like the Ayudha puja or on a house warming puja by breaking them. Some use the white pumpkin while others the golden pumpkin based on their beliefs and customs. Apart from the puja, these are also used for culinary purpose and they are widely used to make sambar, pumpkin halwa or pumpkin Payasam.

Pumpkin sambar known as mukkala sambhar is prepared in most temples offering meals during festive occasions and it is also prepared in many households too in Andhra.

Even in North India, navratri kaddu or kaddu ki sabzi, kaddu ki kheer and kaddu ka halwa are prepared to consume during vrat or fasting.

Today I am sharing a simple kaddu ki kheer recipe & it tastes simply delicious. It can be prepared during any festive occasion. It is creamy and delicious with a great aroma.

Kaddu ki kheer also makes a great after meal dessert or a summer dessert when chilled and served.

I have used red pumpkin to make this kheer. I often feel grating pumpkin is a difficult task. This recipe does not require grating it since pumpkin is cooked as is after chopping to large pieces.

The below mentioned pumpkin kheer recipe yields a smooth and creamy kheer that anyone will like. But if you feel it is a tedious process to cook the pumpkin and grind. You can follow the variation mentioned in the recipe below.

1. Wash pumpkin and cut to half or a size that is comfortable to you. Add water to a pressure cooker, place the pumpkin in a bowl.

2. Pressure cook for 1 whistle on a medium flame.

3. When the pressure goes off, take the pumpkin out and scoop off the pulp. Discard the skin.

4. Add it to a blender along with milk, sugar, elaichi and saffron. You can also skip this step, but since pumpkin has lot of fiber this helps to break down the fibers well.

5. Make a smooth puree. If you do not want to make a puree, mash it well to smooth.

6. Rinse sabudana well and cook it in water until soft. This step is optional. You can skip using it but it adds volume and thickens the payasam.

7. We need to cook until the sabudana turns transparent.

8. Add the pureed pumpkin together with milk, cardamom, sugar and saffron. You can also add rose water to this.

9. Boil on a low to medium flame until it begins to bubble up. Ghee fry cashews and raisins in a pan and add them to the kheer. 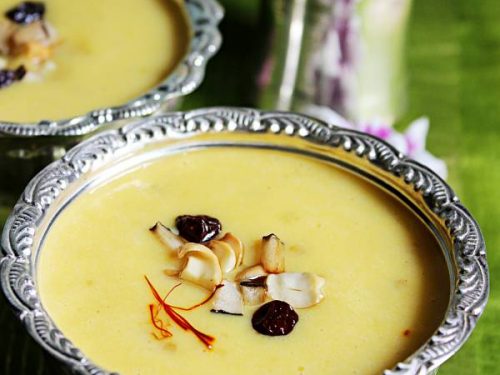 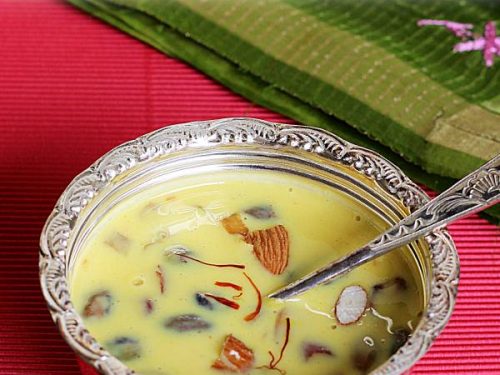 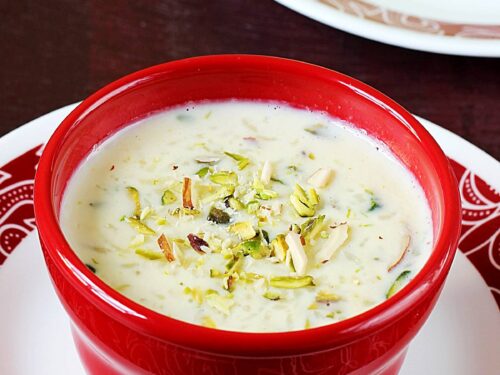 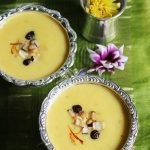 Indian pumpkin dessert made with golden pumpkin, milk and sugar. This tastes delicious and is simple to make
Pin Recipe Print Recipe
Prevent your screen from going dark

How to Make Kaddu ki Kheer

Love the kheer and the styling Swasthi. Great clicks 🙂

Looks so creamy and delicious…beautiful pictures too !!

This is so delicious and perfect, the flavor and the visuals as well.

Kheer with pumpkin is new to me.. Looks delicious!

pumpkin kheer really new to me,love all ur recipes and have tried many dear