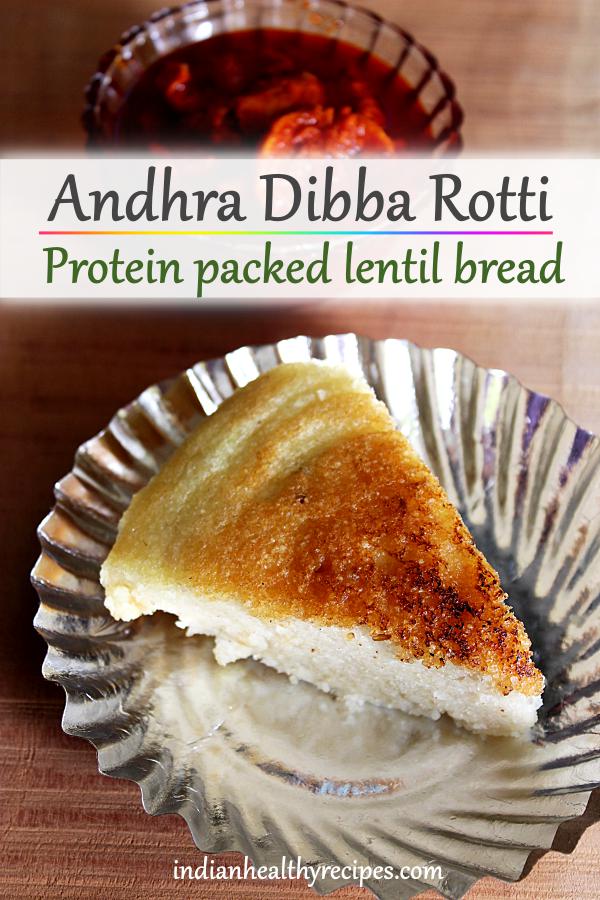 Dibba Rotti or Minapa Rotti is a classic Andhra dish that is served as breakfast, brunch or evening snack with a good chutney or pickle. Andhra dibba rotti is made in many telugu speaking homes & is most commonly eaten with Avakaya. However it can also be served with coconut chutney, tomato chutney or allam chutney. Dibba rotti is prepared with urad dal and rice rava batter.

What is Dibba Rotti?

Dibba rotti is a crusty breakfast & snack made with urad dal, rice rava & spices. The term Dibba in telugu translates to thick or fat. Rotti means a bread. So dibba rotti translates to a thick bread.

The word dibba has several meanings & also means a mount, hill or a rising surface. Traditionally dibba rotti was made in a deep cast iron kadai which gives the shape of a mount or hill to the dish once it is done. This could be the other reason for the name.

Most kids will love the crust of the minapa rotti and will enjoy it as it is without any chutney or pickle.

How is Dibba Rotti Made?

Dibba rotti is made by soaking urad dal or skinned black lentils for 3 to 4 hours. Then drained and ground to a batter. While the dal soaks, rice is rinsed and soaked for an hour. Then drained and dried completely.

Then the dried rice is pound to coarse rava texture by pulsing in the mixer. This is ground rice rava, salt and cumin are mixed with the urad dal batter.

Dibba rotti batter is poured to hot heavy bottom kadai and cooked to get a crisp & delicious bread or pancake.

Traditionally dibba rotti was cooked on char coal. Once the batter was poured to the kadai, it was covered and then a layer of hot coals were spreaded over the lid. The batter would cook up evenly and give a golden thick crust.

Most telugu speaking homes make the rice rava in advance and store it in a air tight jar. When ever they plan to make dibba rotti they just simply soak the dal and blend it. Make the batter by stirring in the premade rava.

This step of using homemade rice rava is what gives the dibba roti a soft texture from inside and extremely addictive crisp texture on the outside.

However many people make dibba rotti using store bought idli rava. But the texture and taste is no where close to the one made with homemade rice rava. But still you will get a crust with golden color but the inside portion is not fluffy as with homemade rava.

I do carry homemade rava from my mom’s home during my visits to India. On occasions when I run out of it I make with idli rava and it is a compromise.

We do prepare this on the subsequent days of Ganesh Chaturthi, since we make rava for preparing undrallu and kudumulu, we also prepare a batch of rava to make dibba rotti.

1. Rinse urad dal well in a large bowl with ample amount of water. I rinse them 3 to 4 times. Then soak the urad dal in enough water for 4 hours.

2. If using idli rava, add it to a bowl and rinse it very well. Drain the water and squeeze off the excess water using both your plams. Then set aside. This step is done to soften the rava.

3. To make your own rice rava, you can also soak the rice for an hour and drain it. Dry it completely on a cloth. Pulse it in a blender to get a coarse rava.

4. Drain the water and add the dal along with salt to a blender jar. Pour water about 1/4 cup water and begin to blend until thick, smooth & frothy batter.

5. You will need about another 1/4 cup water. Pour it as you blend. Do not make the batter too runny.

6. Transfer this to a mixing bowl.

9. This is the texture of the dibba rotti batter. It has to be thick and rice rava is coarse if using homemade rava.

10. This is the consistency to get a good crust.

How to Make Dibba Rotti

11. Pour oil to a heavy bottom kadai and heat it. Then pour as much batter as you like. I pour about 1 ½ inch deep in the kadai. Usually a layer of oil should float around the batter. Cover and cook on a medium flame until the dibba rotti turns golden with a thick crust.

12. When it is done, you can see the edges are cooked up to golden. Then flip it and cook on the other side of the dibba rotti as well until golden and crusty.

A properly cooked dibba rotti will have golden crust on both the sides. If you use a flat pan, then you will get minapa rotti that is evenly golden.

I usually remove this to a wire rack to retain the crust. When it cools down slice with a sharp knife. If you try to slice when the dibba rotti is very hot, the top crust comes off the base. 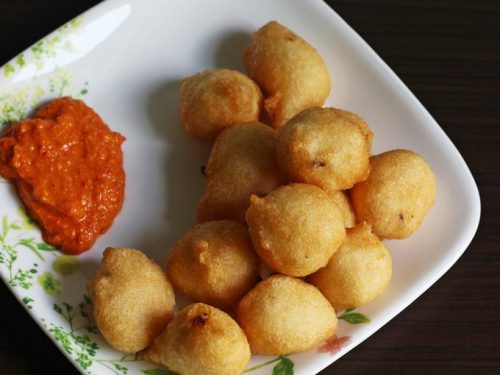 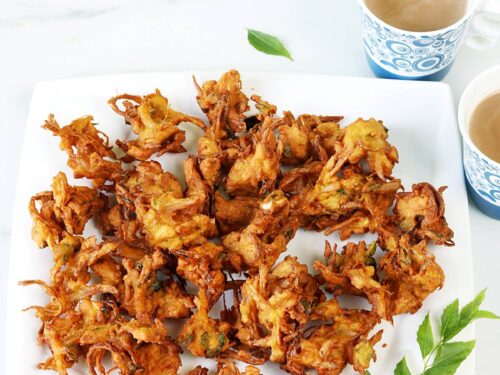 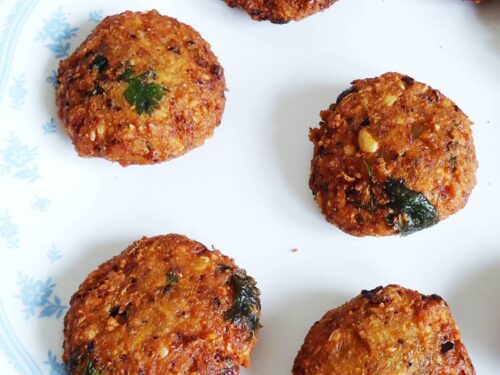 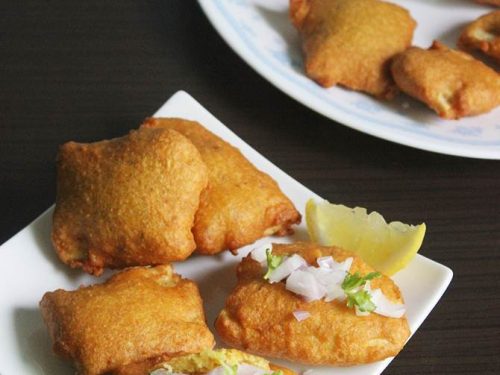 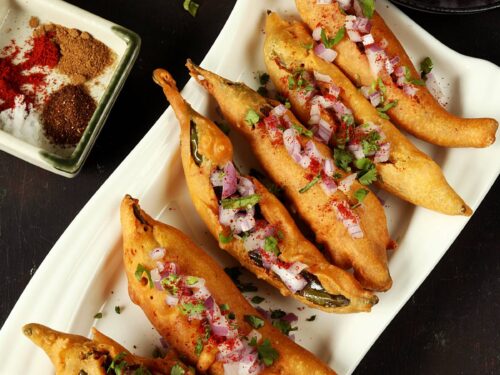 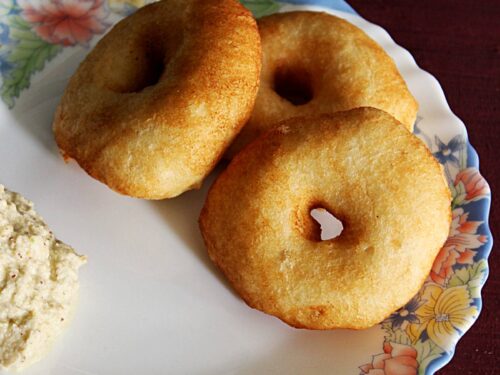 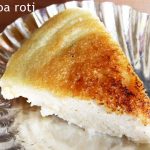 Dibba Rotti or Minapa Rotti is a breakfast & snack from Andhra cuisine made with Urad dal, rice & spices. Andhra Dibba Rotti is crusty from outside & soft inside. It is served with chutney or pickle.
Pin Recipe Print Recipe
Prevent your screen from going dark

How to make dibba rotti

If using idli rava , the consistency of the batter must be thicker. Wash the idli rava and squeeze off excess water with both your palms.Then mix it with urad dal, if the consistency turns thin, they it will not turn out crusty

I hAD ENJOYED IT ABOUt 40 years ago at my friends parents home.I tried it & it came out just like the one I had!Thank you Swasthi.I generally follow all your recioes!Thanks for making it so easy!

So happy to know Ranjini
This is a special dish for me too! Childhood memories!
Thank you so much for trying the recipes

Yes I agree.
Thank you

Thanks for the recipe. Would like to try it. Can you please say how long does the batter stay when refrigerated.

Hi Priya,
It keeps good for 3 to 4 days. But I guess after the batter is refrigerated it doesn’t turn very crisp. So I usually blend the dal and keep it in fridge. When I plan to make the dibba roti, I mix the rava and set aside for some time.

One of my favorites. The color of the dibba rotti and the pic reminded of my mom’s cast iron skillet. We used to love the crust and fight for more share 🙂 This page brought me more memories.

Hello. I’m not Indian. Can you explain please what is rice rava and what is idli rava? And how to make rice rava?

Hi Vlad,
Rice rava is rice ground to coarse granules like semolina. To make rice rava, wash the rice well. Drain and dry on a cloth. When it is dried pour it to the blender and pulse it. You should get coarse semolina. Don’t over blend otherwise it will become powder. Dry this completely and store in a jar. For step by step photos you can check this link – How to make rice rava. Idli rava is a similar kind of semolina but made using short grain parboiled rice. We use that to make high protein steam cakes. You can check the idli recipe link here

What is the reason to use different ravas for dibba rotti and idli?

For dibba roti, any kind of raw rice is okay. Though it turns out good with aged short grain raw rice.
Idli rava is made with parboiled idli rice. idli cannot be made with raw rice rava as they turn sticky.

This is new to me, though I used to make a similar version while living in Coorg…known as “papputtu” it is made with rice rawa and coconut scrapings….but steamed! I have a doubt here, do you have to ferment this…or make it right away!.

It can be made right away, an instant snack 🙂