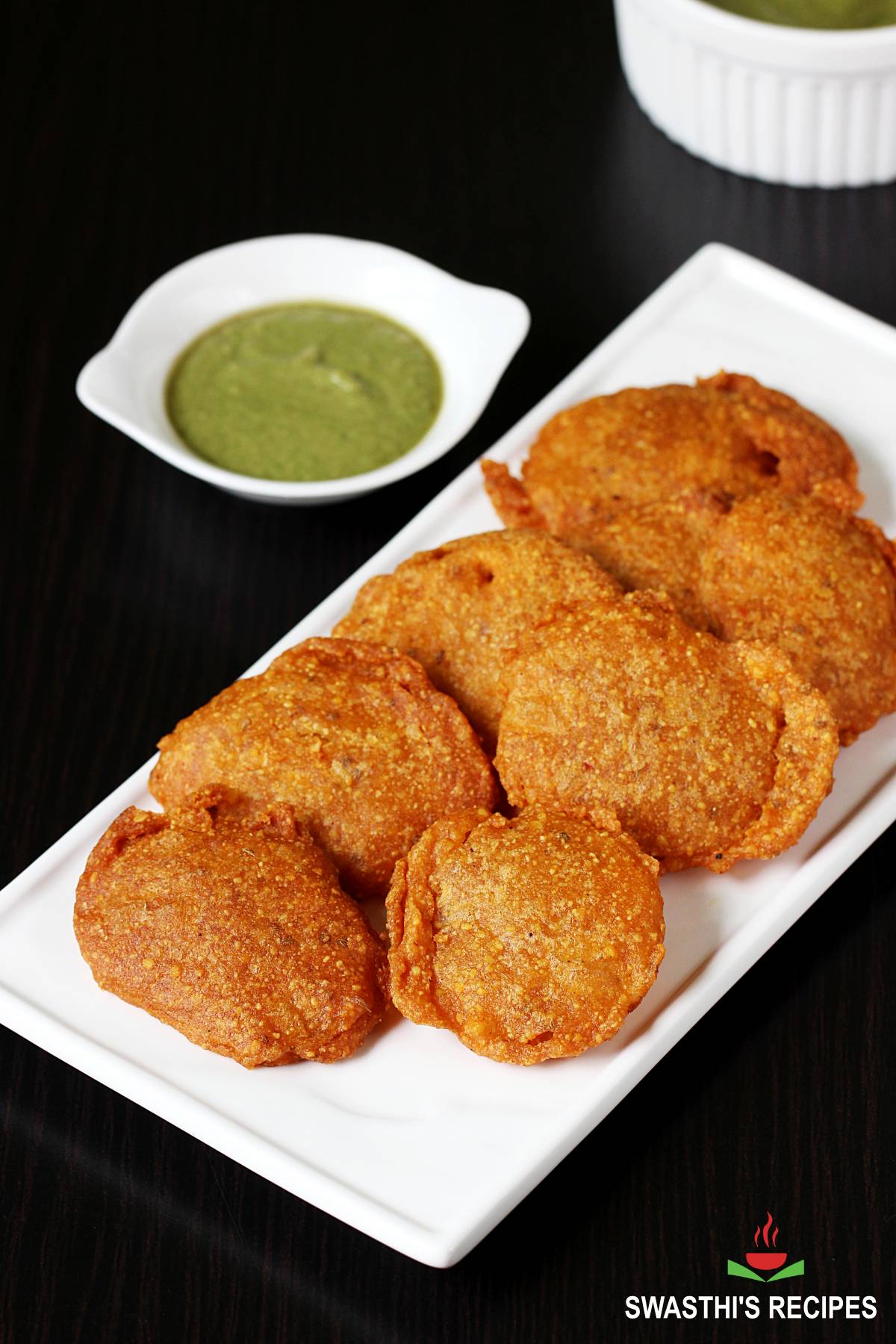 Aloo Pakora also known as potato pakora and aloo bajji in the South, are Indian style potato fritters made with sliced potatoes, gram flour and spices. Nutty tasting crunchy exterior with a soft touch of aloo and a subtle hint of spices, these aloo pakora will soon be your go-to Snack, especially if you love everything potato. In India you will find numerous kinds of Pakoras being made everywhere.

More aside brinjal pakodas! We have a new bajji contender in town.

A bowl of hot bajii, pakora or bhajiya can make a frustrating day instantly feel better. While everyone is familiar with and loves munching on Onion pakoda by the dozen, the aloo version remains a distant third in popularity charts after Chili bajji.

While aloo pakora are traditionally paired with monsoon and a hot cuppa of Masala Chai, you can make these anytime you need something crunchy for snacking. They are super quick to whip up! When visitors turn up unannounced, you don’t have to get into tizzy wondering what to serve.

Even the barest of pantries will have some aloo hanging around to be transformed into this crispy delicacy. Fry up a quick batch and dish them out with some tangy or hot chutneys like Green chutney, Garlic chutney or Mint chutney.

What is Aloo Pakora?

It only needs basic spices like red chilli powder, turmeric powder, garam masala, carom seeds and ginger garlic. Carom seeds known as ajwain is the key spice that is always used in any kind of pakoras. These impart a unique flavor, aroma and mild heat to the aloo pakora.

Apart from that carom seeds and gram flour make for a great combo, complimenting each other’s flavors. Carom seeds are well known as a digestive spice and avoids flatulence and stomach troubles.

Traditionally aloo pakora are made with gram flour but my recipe also uses a small amount of Rice flour or semolina which gives that extra crisp texture to the fritters.

In some street side stalls and restaurants, corn starch is added instead of rice flour. Most South Indian home cooks prefer to use rice flour as it is considered a better healthier option than corn starch which is refined.

Whether you sprinkle chaat powder as they do in North India or call it bajji and eat it with Coconut chutney like a Southerner, this fried savory is a simple and easy to make dish.

These aloo pakora are best deep fried and they don’t turn out good in the air fryer and in the oven.

1. Wash and peel 2 medium potatoes. Slice them moderately thin as seen in the picture below. Thicker slices won’t cook well from inside. Keep them immersed in a bowl of water and keep it aside.

3. Add water little by little and begin to mix to a smooth paste. Start with 4 to 5 tablespoons water and add more to make a batter that is not too thick or too runny.

4. If the batter is too thick it will not coat the potato slices. If it is too runny then the slices will not hold the batter.

5. If you feel it is too thick, add a splash of water to the batter. If it is too runny, sprinkle some gram flour and mix. This picture should help you adjust the consistency.

6. Heat oil in a deep fry pan until hot enough. Do a test, drop a small portion of batter to the oil. It should come up without turning brown. This is the right temperature. If it is very hot, aloo pakora will turn brown outside without cooking inside. If it is not hot enough they will soak up lot of oil. So the oil must be medium hot.

7. Dip each slice in the batter and gently slide them in the hot oil. Do not disturb for 2 mins and let the aloo pakora firm up. Later keep stirring and fry until golden. They usually take about 3 to 4 mins to cook well and turn golden. However it may also depend on the thickness of the slices.

8. Once light golden, turn down the flame to medium low and let them fry until deep golden and crisp. This step will help them to become crisp and less greasy. Remove them from oil. Transfer to a cooling rack or a steel colander.

Serve aloo pakora with a cup of hot tea or with any chutney or sauce.

Gram flour: Also known as besan in Indian languages, it is nothing but Bengal gram flour. It is made from skinned and split black chickpeas dal. It is not the same as chickpea flour, which is made from white chana or garbanzo beans.

If you do not want to use gram flour you can use yellow corn flour, though the aloo pakora taste different, they turn out delicious and somewhat good.

Rice flour or Semolina: We always add a bit of semolina or rice flour so the starch imparts that extra crispness. If you do not have both, simply use the same amount of corn starch aka white corn flour or potato starch.

Ginger garlic paste: You may replace the spice paste with ginger and garlic powder but your aloo pakora won’t have the same flavor as the fresh ingredients impart the best flavors.

Green chili: I haven’t used green chilies to make it kids’ friendly. In a lot of fried snacks and pakoras my mom would always add it crushed along with the ginger garlic & even with onion paste. The flavor is great with this paste.

Carom seeds (ajwain) is the main spice that is used here. Apart from adding a nice aroma to the aloo pakora, the seeds also help in digestion. If you do not like the seeds you can also add them crushed.

Consistency of batter: Making the batter right is the key to make crisp fritters. The consistency of the batter should not be runny or too thick. But it should be moderately thick enough to coat the potatoes.

Frying: Ensure you fry them on a medium heat. Very high flame will brown the aloo pakora without cooking the potatoes inside. Similarly very low flame will make them very oily as they soak up lots of oil.

How can I make my pakoras crispy again?

The only way to crisp up the soft pakoras is either by deep frying again or reheat in the oven or air fryer. Reheating in a preheated oven with the convection settings (Fan On) will give best results. You can also air fry the soft pakoras for 2 to 3 mins at 390 F or 200 C, depending on how soft they are.

Why are my pakoras not crispy?

Runny batter won’t make crispy pakoras. If your batter is runny, add a bit os rice flour to make it thicker. This should fix the problem. The other reason can be the oil not being hot. If you fry the aloo pakora in oil that is not heated enough, they will not be crispy. Increase the stove flame and heat your oil enough then fry them.

Why are my pakoras too greasy?

Like any other fried foods, aloo pakora can become too greasy if the oil is not heated enough. Heat the oil well and then fry them. You can reheat the greasy pakoras in oven or air fryer, the excess oil will ooze out easily and they turn much better.

Why are my pakoras soggy?

Too much water in your pakora batter would have made a runny batter that resulted in soggy pakoras. To get perfectly crisp pakora, make a batter that is of medium consistency, not too thick or too runny. 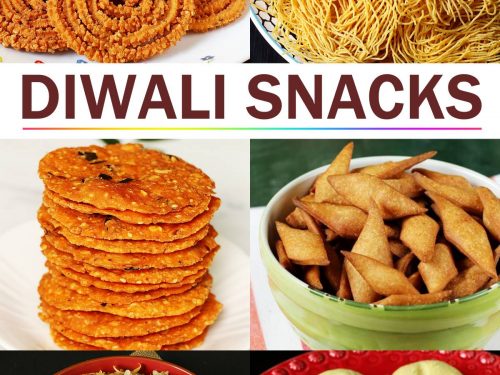 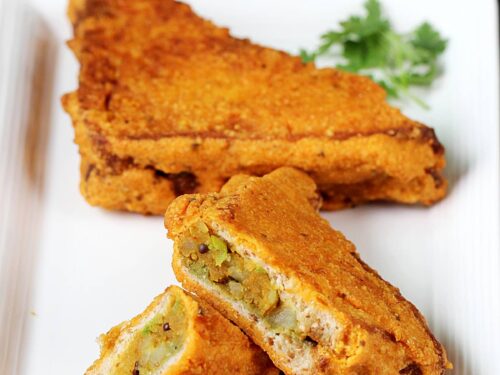 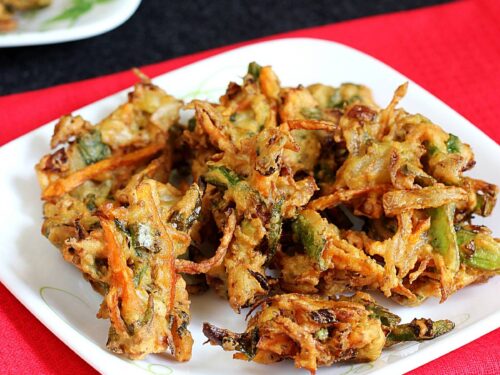 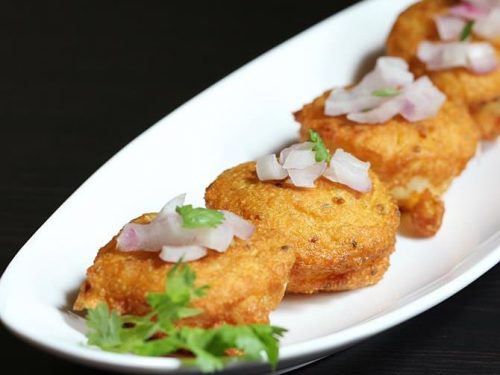 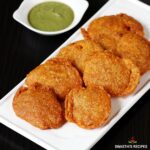 These Potato pakora are simply delicious and addictive! Also known as Aloo pakora or aloo bajji in India these are a quick to make tea-time snack.
Pin Recipe Print Recipe
Prevent your screen from going dark

How to make aloo pakora

Hi Swasthi. I don’t have much experience in frying. But following your recipe, the pakoras turned to be delicious. Some of the pakoras came out perfectly n some had soaked oil. How do I avoid the soaking up oil part?

Hi Sadiya,
If the oil is not hot enough, pakoras will soak up oil. I think that’s the problem here. The other reason can be if the batter is runny. But you say some are okay so I think it is the temperature of oil. Hope this helps

This came out soooo good!! Followed all the directions, immersed the potatoes in cold water for 30 minutes just to get rid of that starch. Fantastic, definitely will be making again- tastes great with ketchup 🙂

Reply
swasthi
Reply to  A Brown

Glad to know! Thank you!

I didn’t have ajwain but still came out delicious. Thankyou for sharing

Hi dear swasthi, I’m opening an indian fastfood in Iran. Do u have any idea for my menu?

Hi Raja
I read your comment on the other post as well.
Please check this link on Non-veg recipes for the menu. Indo chinese chicken recipes are quite popular in most Indian food places. You may try starters like chilli chicken, chicken manchurian, chicken lollipop, chicken tandoori, chicken tikka etc.
Good luck!

thanks swasthi, and i have one doubt, can i do aloo pakora without ajwain. is it fine.

Yes you can do it, just add up some spices like crushed pepper.

All recipes are yummy. I wil trying every Sunday. It’s taste.. Taste thank u so much..